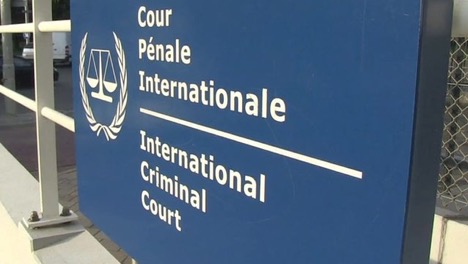 This year’s Assembly of States Parties (ASP) marks the first time the Court and States Parties will discuss the crime of aggression since its activation last year, and it will be interesting to hear what States Parties have to say about it. One issue that may be addressed includes the relationship between the Court and the Security Council given that the Security Council must first determine that an act of aggression has occurred before the Court can prosecute the crime of aggression (there is, however, an exception to this if 6 months have passed since the Security Council was made aware that an alleged act of aggression has occurred and has not made a determination). The implementation of the Kampala Amendments is another potential issue because there has been debate surrounding whether the amendments should be universally implemented for all States Parties to the Rome Statute or only for those that ratify the amendment. A third potential issue of discussion is how the Court will fund the addition of this crime to its jurisdiction given the already constrained budget.

The definition was finally agreed upon in 2010 through the Kampala Amendments, but negotiating States decided that the Court would still not have jurisdiction over the crime of aggression until one year after 30 member states had ratified the Amendments and it was promulgated by the Assembly of States Parties (ASP).

The key issue and reason for the delay in agreeing to the text of the crime was the lack of agreement on whether the Court could exercise jurisdiction for the crime of aggression over the nationals of States Parties to the Rome Statute who had not ratified the Amendments. The wide view on this issue is that the Court has jurisdiction when the crime occurs on the territory of a State which has ratified the Amendment. Still, there are those, including Canada, that believe that the Court would not have jurisdiction over state referrals or proprio motu investigations when the alleged crime is committed by nationals of non-ratifying States or on their territory.

The crime of aggression essentially allows for individual criminal responsibility for violations of Article 2(4) of the Charter of the United Nations. Article 2(4) prohibits “the threat or use of force against the territorial integrity or political independence of any state”. However, not all violations of the prohibition on the use of force will constitute a crime of aggression: only the most serious and dangerous forms.

The crime of aggression has not been prosecuted yet and there is no precedent for the Court to follow. It will be interesting to see how the Court interprets the crime once the first charges are made, and if it takes any guidance from the IMTs or develops its own interpretation.

This blogpost and my attendance to the 17th Assembly of States Parties are supported by the Canadian Partnership for International Justice and the Social Sciences and Humanities Research Council of Canada.

3 thoughts on “The Crime of Aggression: 1 Year Later”