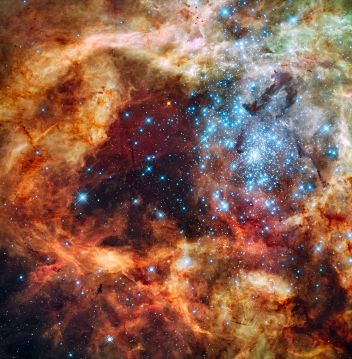 Feminists must found a constitution for Mars, notes Keina Yoshida in her fascinating recent post. If we leave Mars to the founding fathers it will become the domain of the super wealthy elite white men of techno-mediated capitalism––the Musks, the Zuckerbergs and the Trumps. Human space exploration will follow the same, masculine, humanist blueprint of domination on Earth and Mars will be exploited for its natural resources, just like Earth. Yoshida thus asks:

… what then would a founding feminist constitution look like? How would it guarantee foundation against what bell hooks has termed the ‘white supremacist capitalist patriarchy’? Is it a democracy to come? Whose work should we draw upon to inform this constitution? … Who will protect their rights in Mars?

Yoshida answers her own question: “The feminists.”

Feminists are indeed ideally positioned to be able to tackle this issue. Environmental protection is core here but the problem does not lie with these founding fathers alone but with the entire foundations of dominant thought. Feminist gender theorists are central to challenging these dominant accounts of knowledge. Feminist posthumanism is one frame through which these challenges can be made.[1]

We are living in posthuman times; from technological mediation to machines with subjectivity to space exploration, the centrality of the human and the question over what, exactly, the human is, is being called into question. However, definitions of posthumanism differ vastly. As Yoshida notes, space exploration has become a hobby for the super elite transhumanists. The transhuman project is a post-human project, in that it seeks to use science and technology to create the more-than-human or the techno-scientifically enhanced human. Transhumanism, however, is certainly neither a critical nor a feminist posthuman project. Seeking to complete the humanist, enlightenment aims of making man into God, giving him superhuman abilities and finally “defeating” death––humanity’s supposed (according to the transhumanists) ultimate “weakness”––these transhuman elite space explorers will exploit Mars precisely because they see themselves (themselves being mostly white, mostly male) as both central and superior to all, including the universe itself.

However, there are many forms of posthumanism. In contrast to the transhuman project, critical feminist posthumanism, as Rosi Braidotti and Maria Hlavajova note, lies between the convergence of “post-humanism on the one hand and post-anthropocentrism on the other.” Humanism has centred a particular form of white, rational, individual, male human, this human having also been embedded into the liberal structure of the law via, for example, the “reasonable person” (see Ngaire Naffine’s work). On the other hand, anthropocentrism has centred the human above all nonhuman others, including nonhuman animals, machinic subjects and the environment. Critical feminist posthumanism works to dismantle both these hierarchies.

For feminists to think about Mars, they must ensure that the critical posthuman project is centred. Thinking through how this can be done, however, is difficult. Yoshida calls for a mixture of feminist legal and activist solutions. This, indeed, could be one solution, using recent moves to, for example, give legal personality to the environment or to electronic persons such as robots or artificially intelligent entities, to claim Mars’ legal personality and using this to prevent environmental exploitation.

However, there may be other solutions. After all, if all the white, male, uber rich transhuman elite are so keen on going to Mars, one solution could just be to let them. Let them all go and “complete” their utopia (my apocalypse) where the next step in humanity is the end of humanity itself and the era of the machine. In opposition, there are many here on Earth who are concerned with the ethics of supposedly “upgrading” humans, who care about environmental exploitation and about all human and nonhuman lives. Can we not just say goodbye with glee to the Trumps and the Musks and the Zuckerbergs and create our critical feminist (multiply-gendered) posthuman utopia here, on Earth?

Of course, I am being somewhat facetious. After all, this would hardly be fair to Mars and creating a dystopia in not-so-far-away space surely wouldn’t end well for my idealised utopic planet Earth. Yet there is an element of truth here: to create a feminist constitution for Mars, to ensure critical feminist voices are heard, there is a need to also challenge the here and the now. This is being done through, for example, the aforementioned granting of legal personality to the environment. The risk, however, with any such project that is based in existing systems is that it will become incorporated into or colonised by the problematic structure of the system itself. For example, granting legal personality to the environment does not do very much if that personality is then treated the same way as any other, as bounded and individual, without noting the connections between environments, peoples, and nonhuman animals. After all, there are many oppressed people globally who have legal personally yet for whom this does not count for much.

For a feminist constitution for Mars, for a feminist posthuman future, there is a need to tackle the humanism and anthropocentrism at the centre of the theories of knowledge which have justified and constructed the systems of hierarchy, domination and exploitation which are currently in place. Without this, Mars will be colonised, dominated, and exploited just like Earth. It thus seems that what is needed is to ensure that Mars is not colonised at all. Maybe what Mars and Earth both need is not a feminist constitution per se but something else, new ways of thinking. As Haraway notes:

In terms of Mars, it seems this something else may need to begin with an anti-colonisation movement.

It is indeed the feminists who are needed to found an approach to Mars but they are not just needed here. They are needed everywhere, in all areas of law, politics, philosophy, science, economics and beyond. The current posthuman moment must be used to recapture, challenge, and change the dominant theoretical foundations that structure the global order. Only then will Mars not follow the path of domination and exploitation that permeates humanity’s relationship to Earth.

[1] Note that the question of feminist posthumanism and the international law/international relations has been written on by Arvidsson here; Heathcote here; Jones here; and Wilcox here and here

I would like to thank Dr. Grietje Baars and Dr. Patricia Palacios Zuloaga for their feedback on earlier drafts of this post.

One thought on “A Posthuman Feminist Approach to Mars”