It is our great pleasure to welcome back Lisa Reinsberg, who was a guest blogger with us previously, and to welcome first-time blogger, Francisco J. Rivera Juaristi! 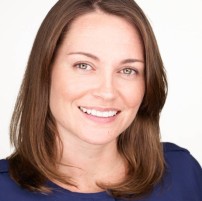 Lisa Reinsberg (née Cowan) is the Executive Director of the International Justice Resource Center (IJRC). Lisa has diverse experience in human rights advocacy, litigation, and research. Prior to founding IJRC, she was an attorney with Prisoners’ Legal Services of Massachusetts. Previously, Lisa was a Rómulo Gallegos legal fellow at the Inter-American Commission on Human Rights, where she worked on complaints alleging criminal due process violations, torture, and extrajudicial executions. Earlier, she represented adults and children seeking visas or asylum in the United States, at the Cabrini Center for Immigrant Legal Assistance of Catholic Charities of the Archdiocese of Galveston-Houston.

As a Fulbright fellow (2008-2009), Lisa carried out a multi-country research project on Latin American non-governmental organizations’ use of international human rights litigation. As part of this project, she studied the Inter-American system, interviewed advocates and victims throughout the Americas, and worked directly with human rights legal organizations in Costa Rica, Guatemala and Venezuela in their litigation of cases before the Inter-American Commission and Court.

Lisa holds a B.A. in political science and communications, with a minor in Spanish literature, from the University of California, San Diego and a J.D. from Georgetown University Law Center. Lisa is admitted to the State Bar of California, and is a member of the Bar’s Public International Law Committee. She is a 2014-2015 OneJustice Executive Fellow.

Francisco J. Rivera Juaristi  is a human rights attorney from Puerto Rico who specializes in the Inter-American Human Rights System. Prior to joining Santa Clara University School of Law as founding director of the law school’s International Human Rights Clinic and as co-director of its Costa Rica and Geneva Summer Programs on Human Rights, Francisco was a senior staff attorney at the Inter-American Court of Human Rights of the Organization of American States seated in Costa Rica, where he was also director of that court’s internship program. In the late 1990s, he also served as Executive Director of the Amnesty International Section in Puerto Rico. He has been a consultant for several non-governmental organizations (NGOs), as well as for the United Nations Development Fund (UNDP), the International Labor Organization (ILO), and the Inter-American Institute of Human Rights (IIHR), and has spoken and taught at various universities and institutions in the U.S. and throughout Latin America, Europe, and Africa.

Francisco has worked on a number of high-profile cases involving grave human rights violations, particularly throughout Latin America.  His publications include issues such as violence against women, enforced disappearances, indigenous land rights, the human rights to water and sanitation, and corporate and individual responsibility for human rights violations before both domestic and international fora.