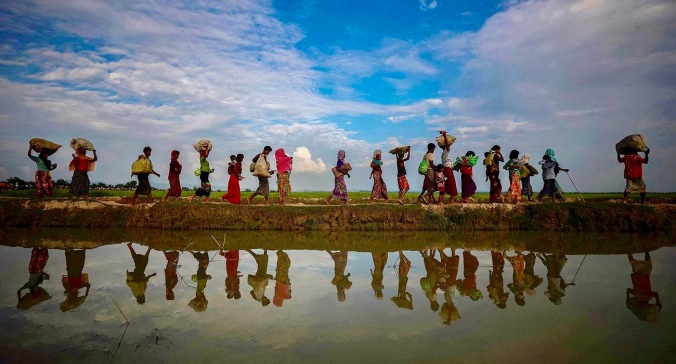 During the 17th Assembly of State Parties (ASP) to the International Criminal Court (ICC), many of the discussions touched upon topical issues related to preliminary examinations (PEs). This matter was at the heart of the debates as early as the very first day of the ASP, as the Office of the Prosecutor (OTP) launched its Report on Preliminary Examination Activities for the year 2018. Nevertheless, it is remarkable how, at all times throughout the 17th ASP and despite clear opportunities to act otherwise, the OTP avoided discussing its most recent PE, which focuses on the alleged crimes perpetrated against the Rohingya. Such a deafening silence was arguably unexpected, considering the success encountered by the OTP when, after settling crucial and novel issues, the Court finally declared its competence over the alleged deportation of the Rohingya from Myanmar to Bangladesh and possible other crimes. Apart from the understandable desire of the Prosecutor not to highlight states’ divergences of opinions over that specific situation nor to disclose its eventual prosecution strategy, this silence may be explained by the fact that when one deepens the reflection on the possible implications of this PE, the picture might not be so encouraging. As the PEs’ legal framework was analyzed in an earlier post, this post will provide an overview of the Rohingya situation and the proceedings undertaken, before the implications of the PE are explored in a third and final blogpost.

The plight of the Rohingya: genesis of a (foreseeable?) crisis

The Rohingya constitute one of the 135 minorities in Myanmar, also called Burma. While Buddhism is the majority religion, the Rohingya represent the highest percentage of Muslims within this country, as their population was estimated at around one million in 2017 (thus constituting approximately 2% of the state’s total population). Predominantly living in Rakhine state, the Rohingya have experienced a very difficult coexistence with Buddhists for decades. Despite evidence establishing their presence in Myanmar for centuries, they are largely considered by the Burmese government as illegal migrants from Bangladesh. To be sure, the 20th century was marked by the adoption of a multiplicity of discriminatory measures to the detriment of the Rohingya, including restrictions on their freedom of movement as well as their access to medical assistance, education and other services. In 1982, the Burmese government went as far as enacting a law stripping the Rohingya of their citizenship, thus creating a whole population of stateless people. Social media have been instrumental in furthering the Rohingya’s marginalization in recent years, as the widespread use of Facebook in Burma has made the circulation of hate speech outstandingly easy (see Kyle Matthews’ intervention here and Mark Zuckerberg’s apology here). The oppression of the Rohingya is currently so institutionalized that Burmese authorities even refuse use the term “Rohingya” and rather use “Bengali” instead, a term openly linking their origins to Bangladesh rather than Myanmar.

The exact moment when the so-called Rohingya crisis sparked is debated: the June 2012 riots in Rakhine state are described by many as a turning point, while the October 2016 brutal military crackdown is also often considered. For the purposes of this post, what matters is that the extreme violence carried out by the Burmese military, including sexual and gender-based violence, torture, extrajudicial killings, infanticides, destruction of property and other violations of the most basic human rights, forced the exodus of the Rohingya. More than 727,000 of them have fled Rakhine state since August 2017. This situation has led UN representatives to readily affirm that the Rohingya are the “most persecuted minority in the world” and that their treatment constitutes a “textbook example of ethnic cleansing”. On the other hand, despite pressures from the international community, Myanmar has consistently refused access to UN investigators and humanitarian aid, denying all allegations of ethnic cleansing or genocide and allegedly intentionally erasing evidence of it.

Eyes riveted on the ICC: novel answers to novel issues

As the massive and widespread violations became impossible for the international community to ignore, calls for action by the ICC became more and pressing. In particular, since the end of 2017, the OTP received numerous communications and reports concerning crimes allegedly committed. However, with respect to the PE’s four phases mentioned in an earlier post, the OTP faced important and novel jurisdictional issues regarding the crime of deportation. These issues were rooted in the fact Myanmar is not a State Party to the ICC, while Bangladesh, to which the Rohingya were deported, is a State Party. Given the cross-border nature of the crime of deportation, which is completed upon the displacement of a person to another state or location (see the Elements of crimes, Article 7(1)(d), Element 1), the jurisdiction of the ICC over this situation was unclear. This uncertainty led the ICC Prosecutor to make use, for the very first time, of Article 19(3) of the Rome Statute to request a ruling on the jurisdiction of the Court over this particular situation. After taking into consideration many amici curiæ observations from different civil society members and organizations, the Court declared itself competent on 6 September 2018 over the alleged deportation of the Rohingya from Myanmar to Bangladesh. It also recognized that it could also exercise its jurisdiction “with regard to any other crime set out in article 5 of the Statute, such as the crimes against humanity of persecution and/or other inhumane acts” (here). The ICC OTP almost immediately opened a preliminary examination on the Rohingya situation, on 17 September the same year.

The fact that the ICC actually took action regarding the Rohingya crisis was immediately perceived as a major victory by international justice defenders. Nevertheless, the possible implications of such proceedings might not be strictly positive and need to be reflected upon, as detailed in a third and final post.

This blogpost and Catherine Savard’s attendance at the 17th Assembly of States Parties are supported by the Canadian Partnership for International Justice and the Social Sciences and Humanities Research Council of Canada.

One thought on “Preliminary Examinations and the ICC: What hope for the Rohingya? (Part 2 of 3)”