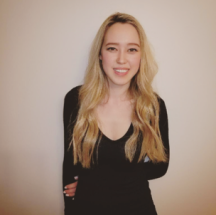 Tamiris Askarova is a second-year law student at the Benjamin N. Cardozo School of Law. She serves as student editor for the Cardozo Journal of Conflict Resolution. From a young age, Tamiris became involved in fundraising activities at the United Nations, which sparked her interest in international studies. Tamiris then studied political science and journalism at Fordham University, focusing on international relations and levels of democracy throughout the world, studying Latin American politics and gender relations in the political sphere. She speaks fluent Russian and intermediate Italian, is passionate about music and plays guitar.

This past summer, Tamiris interned with both an estate planning law firm helping families secure future interests and a record company to learn about the legal aspect of the entertainment industry. Tamiris enjoys traveling abroad and learning about various cultures and traditions. She is excited to continue studying international relations and human rights in efforts to promote equality. 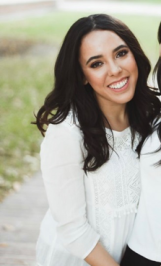 Miriam Azizi is a Los Angeles native who recently became a New Yorker. Miriam is currently a second-year law student at the Benjamin N. Cardozo School of Law where she serves as Fellow for the Cardozo Law Institute in Holocaust and Human Rights (CLIHHR). Prior to law school, she majored in sociology at UCLA. There, she developed a deep appreciation for the study of power and inequality in society. Through her legal studies, Miriam hopes to utilize her background in sociology and law to advance international human rights.

Khadija Foda is a third-year law student at the Benjamin N. Cardozo School of Law. She is interested in human rights law, specifically, corporate accountability for human rights violations. Khadija served as a student intern in the Benjamin C. Ferencz Human Rights and Atrocity Prevention Clinic during her 2L year, working on a corporate accountability project with an indigenous community in Brazil. She also worked for Corporate Accountability Lab (“CAL”) – an organization based in Chicago. As part of her work with CAL, Khadija researched innovative ways to make U.S. statutes work to further human rights.

This past summer Khadija interned at Skadden, Arps, Slate, Meagher & Flom, LLP – a law firm based in New York. She has focused primarily on antitrust work. Her pro bono work during the summer has included an immigration self-petition under the Violence Against Women Act. The previous summer, Khadija worked for Judge Morgan in the Eastern District of Louisiana.

We would also like to say farewell and thank you to student editors Osazenoriuwa Ebose and Maria Solomidou who worked with us over the past year. Best of luck in your future endeavors!