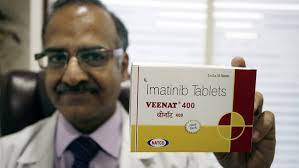 The global pharmaceutical industry is parading its usual arguments in response to the Indian Supreme Court’s recent judgment rejecting Novartis’ patent over a new version of a  drug used to treat leukemia.   A spokesperson for an industry trade group believes that the decision is “another example of . . . a deteriorating innovation environment in India.”  A Novartis spokesman adds that the judgment “is a setback for patients that will hinder medical progress for diseases.”
The Indian Supreme Court decision which can be found here rejected Novartis attempt to extend patent protection for the drug by tweaking certain aspects of it (known as “ever-greening”).  Until 2005, India only allowed companies to patent the process by which a drug was created, but not the actual product.  This resulted in the development of a robust indigenous pharmaceutical industry.  Succumbing to international pressure, India signed the WTO TRIPs Agreement, which required it to allow companies to patent the product itself.  When it adopted product patents, the Indian Parliament added a provision to the Indian Patent Act (section 3(d)) prohibiting patents on new forms of medicine unless it increased efficacy of the drug.   Amy Kapczynski pointed out in an article published several years ago that  the motive of this provision was to prevent “ever-greening” and the language was borrowed directly from a EU drug regulatory directive.
At issue in the Indian Supreme Court case was the interpretation of Section 3(d) of the Indian Patents Act.  The Supreme Court  read Section 3(d) to require that the new drug must improve the “therapeutic efficacy” of the prior medication.  And they found that Novartis’ new formulation did not do that.
Will this Indian judgment decrease Novartis’ profit margin such that it will  decrease investment in R&D as suggested by industry spokespeople?  Probably not.  Novartis continues to maintain its patent on the drug (and the tweaked form of the drug) in other countries around the world.  Only Indian industries can now make generic forms of the drug and sell them for a lot less (Novartis charges $70,000 a year for the medication and generic forms cost $2,500 a year).  Most countries where Novartis maintains patent protection on the drug will likely prohibit the importation of generic forms of it, which will force people to pay the higher price for the drug in those countries (thus preserving Novartis’ profits).  On the other  hand, less developed countries will likely import the generic version from India, but this will not diminish Novartis’ profits since most people in those countries would not have been able to purchase/afford Novartis’ patented version of the drug anyway.
Lead lawyer on the case was Anand Grover on behalf of the Cancer Patients Aid Association, who is also the UN Special Rapporteur on Health.
Advertisement