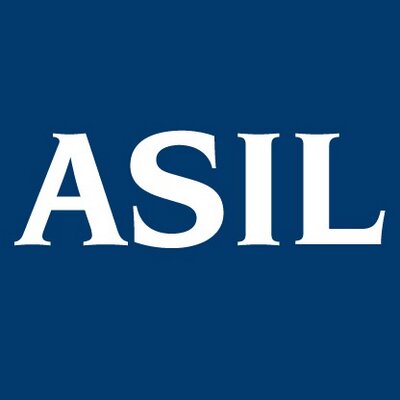 The event will be moderated by IntLawGrrl Beth van Schaack, who is currently the Leah Kaplan Visiting Professor in Human Rights at Stanford Law School and a Visiting Scholar at the Center for International Security & Cooperation at Stanford University. Viewers can stream the event on their personal computers and submit questions during the livestream by emailing events [at] asil [dot] org.  For more information and to register, go here.

I had the pleasure of attending the 2014 IHL Dialogs last week in lovely Chautauqua, NY.  The event—co-hosted by IntLawGrrls, the Robert J. Jackson Center, the American Bar Association, and the American Society of International Law (among others)—is an annual gathering of international criminal law professionals, government officials, and academics in a relaxed setting to take stock of the field, evaluate recent developments, and think about how the international justice system will and should develop in the future.  We’ve covered prior Dialogs in the past on these pages (see here and here).

The event began with a fascinating discussion at the Robert H. Jackson Center about one of the first efforts at hybrid justice: the 1981 trials of would-be coup leaders in the Gambia.  The coup, staged by local actors, was rumored to be part of a Pan-African Marxist conspiracy spearheaded by Muammar Gaddafi.  In response, the Gambia invoked a mutual defense pact with Senegal, whose troops helped to quickly oust the rebels.  Thousands of people were detained in connection with the uprising. Fearing that key members of the government and judiciary had been involved in the attempt, the Gambia established special tribunals staffed by lawyers and judges from the British Commonwealth to assess the legality of the detentions and prosecute those who were deemed most responsible.  All told, 45 people were tried in 4 years.

The conversation at the Jackson Center involved Hassan Jallow (ICTR Chief Prosecutor) and Fatou Bensouda (ICC Chief Prosecutor), who were young Gambian professionals working in the judicial system at the time, and Sir Desmond Da Silva (United Kingdom) who, as an expert on the 1351 English Treason Act, was seconded to help with the trial. Jallow covers the event in more detail in his recently-published memoire, Journey for Justice.

Ambassador Tiina Intelmann on the Worrisome State of International Justice

Ambassador Tiina Intelmann (Estonia), President of the ICC’s Assembly of States Parties (ASP), gave a sobering keynote address at the Chautauqua Institution about the state of international justice.  (The YouTube video is here). Intelmann observed that the security situation in the world changed dramatically over the summer, suggesting that Francis Fukuyama was prematurely optimistic in his essay, The End of History.  She noted that the ICC was established during the peek of global optimism and unanimity about the prospects of international justice, but surmised that such an effort would fail if it were attempted today.  Although the number of cases before the Court (21), the range of situations being referred to the Court (8), and the number of requests for the Court to get involved in conflicted areas around the world (1000s) have reached unprecedented levels, support for the Court is waning in some circles.  This is true most notably among certain members of the African Union, who have indicated that maintaining cooperation and a positive attitude toward the Court may

generate economic and political problems.  She cautioned that this ambivalence is not limited to Africa, however.  Even though one European country has annexed part of another European country, some European states—including long-time supporters of the Court and of international law—are “remaining neutral” and raising concerns about the local impact of the sanctions that have been imposed.   She observed that when complicated situations come closer to home, states start thinking more parochially about their own national interests.

Ambassador Intelmann also argued that while Article 27 of the ICC Statute—withholding immunities traditionally enjoyed by heads of state—was a major achievement in Rome, the Kenya and Darfur situations reveal that prosecuting sitting heads of state is not something the international community is very good at.  She lamented the fact that the ASP, which was designed as an administrative body to deal with budgetary and other more quotidien issues, turned itself into a political body at its last session when considering proposals to undo Article 27 and limit the Court’s ability to prosecute heads of state.  These proposals remain on the table and will likely appear on the ASP’s agenda again soon.

A highlight of the IHL Dialogs is always the prosecutors’ roundup, which is followed by a year-in-review offered by a leading ICL academic.  Professor and Dean Valerie Oosterveld of Western Law in Ontario, Canada, delivered the 2014 ICL Year in Review.  The material below is a composite of several panels convened over the course of the Dialogs that covers some highlights of the year’s events.   END_OF_DOCUMENT_TOKEN_TO_BE_REPLACED

In a fascinating order from January of this year that was made public last month, Judge Baragwanath of the Special Tribunal for Lebanon determined that two media organisations, together with two officials from the organisations, could be prosecuted for contempt. The question of whether corporations can be held accountable for international crimes has been the subject of much debate over the past number of years, and this is the first time that an international criminal tribunal has found itself to have jurisdiction over corporations.

Article 1 of the STL’s Statute states that the Tribunal ‘shall have jurisdiction over persons responsible…’. The contempt judge did not mention this provision in his analysis, but noted that ‘no … provision of the Statute or Rules expressly limits the scope of contempt proceedings to natural persons’.  Surprisingly, Article 31 of the Vienna Convention on the Law of Treaties is not mentioned once in the decision. It would be difficult to argue that the ordinary meaning of the term ‘person’ encompasses legal, as well as natural, persons, especially in the context of a Statute that mentions ‘his or her’, ‘him or her’ and ‘himself or herself’ in relation to the accused no less than 28 times, and does not use the term ‘it’ in relation to the accused once.

To overcome this hurdle, Judge Baragwanath rather bizarrely concluded (at paras. 23-24) that the Tribunal cannot have jurisdiction over legal persons for the core crimes, but that ‘whether a legal person can be an accused under Articles 2 and 3 of the Statute is a very different question from whether a legal person can be held in contempt for knowingly and wilfully interfering with the administration of justice’. I am not sure that the two matters are so very different. Both concern the jurisdiction of the Tribunal – either it has jurisdiction over corporations, or it doesn’t.

The contempt judge drew the distinction by stating that offences against the administration of justice are designed to preserve the integrity of the judicial process and ‘under the highest procedural standards, corporate entities cannot be any more entitled than natural persons to interfere with the judicial process’. But this is not entirely convincing. It seems to suggest that corporate entities somehow have the capacity to decide to interfere with the judicial process, independently of those who are in charge of them, which is of course ridiculous. I am not convinced of the necessity of the extension of jurisdiction to the corporations in this case. The ICTY has had confidential information leaked by media organisations in the past, and has successfully prosecuted their editors and/or employees for contempt. It is not as if the responsible individuals from within the organisations were unidentifiable in the present case – they are now the co-accused of the companies that they work for!

Moreover, the reference to ‘the highest procedural standards’ seems to be out of place. The majority of the ‘him/her’ references in the Statute, which the judge sought to suggest did not apply in contempt cases, are found in Articles 15 and 16, on the rights of suspects and the accused. But of course, the same rights of the accused must apply, whether he or she is charged with the most serious crimes within the jurisdiction of the court, or offences against the administration of justice. The distinction between the two types of offence falling within the jurisdiction of the court on this basis simply does not withstand logical analysis, and might actually be read as suggesting that the individual charged with contempt is entitled to less than the highest standards of fairness.

While some might welcome the widening of the door to extending jurisdiction to corporations, the quality of the reasoning is questionable, This is another example of judicial activism from the Special Tribunal for Lebanon, and perhaps not its most well-reasoned decision to date.