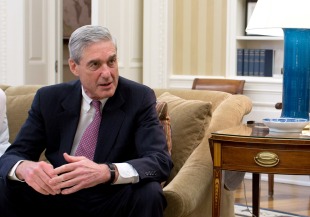 Photo by the National Archives and Records Administration

“I just can’t wait to hear the final report of the Mueller probe!”

Even those not normally interested in the intricate details of complex legal investigations have found themselves obsessed with the criminal investigation at the center of our nation’s political drama—the Special Counsel Investigation into Russian interference in the 2016 election, or the Mueller probe.

Both sides of the political aisle are awash with speculation about what the final report might reveal (and it’s probably as damning as whatever is in Donald Trump’s tax returns). Whatever you think it might disclose, we all seem convinced that the investigation will prove to the American public once and for all just what was going on during the 2016 election.

But international justice offers a cautionary tale about the ability of criminal justice mechanisms to draw a line in the sand about political events.

The International Criminal Tribunal for the Former Yugoslavia

In 1993, the United Nations established the International Criminal Tribunal for the former Yugoslavia (ICTY) in order to try those most responsible for the crimes committed during the Balkans wars of the 1990s. In December 2017, it sentenced former Bosnian Serb general Ratko Mladić, also known as “the Butcher of Bosnia,” to life imprisonment for genocide, war crimes and crimes against humanity. Justice, one might infer, had been served. Who could deny the atrocities now?

After the Mladić verdict, in Srebrenica—a town whose name became synonymous with the 1995 genocide—mayor : “Mladić will be remembered in history and this sentence only strengthens his myth among the Serb nation, which is grateful to him for saving it from persecution and extermination.” For a little less than half of the Bosnian population, Mladić is not a war criminal: he is a hero.

Denials about atrocities of the war are typical and commonplace in the Balkans, even of infamous events like Srebrenica. Despite 2.5 million pages of court transcripts, the ICTY’s findings are not always accepted as true among the people for whom it was established.

There are many theories about why Bosnians have not internalized the ICTY rulings. Some argue that the trials and the judgments were too lengthy, complicated and legalistic for people to understand—the court is located far away in The Hague and the proceedings are conducted in English and French. People in the former Yugoslav simply didn’t watch the trials or read the verdicts. Some point the finger at nationalist elites, politicians and journalists, who used confusion about the ICTY rulings for their own benefit. Still others point out that the defendants were allowed to hijack the trials and use them as political platforms, undermining the ICTY’s ability to communicate with the public.

But the truth was that being subjects of international indictments for war crimes did not really lessen the popularity of any of the Balkans leaders among their constituencies. END_OF_DOCUMENT_TOKEN_TO_BE_REPLACED

I had the pleasure of attending the 2014 IHL Dialogs last week in lovely Chautauqua, NY.  The event—co-hosted by IntLawGrrls, the Robert J. Jackson Center, the American Bar Association, and the American Society of International Law (among others)—is an annual gathering of international criminal law professionals, government officials, and academics in a relaxed setting to take stock of the field, evaluate recent developments, and think about how the international justice system will and should develop in the future.  We’ve covered prior Dialogs in the past on these pages (see here and here). 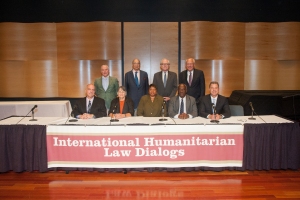 The event began with a fascinating discussion at the Robert H. Jackson Center about one of the first efforts at hybrid justice: the 1981 trials of would-be coup leaders in the Gambia.  The coup, staged by local actors, was rumored to be part of a Pan-African Marxist conspiracy spearheaded by Muammar Gaddafi.  In response, the Gambia invoked a mutual defense pact with Senegal, whose troops helped to quickly oust the rebels.  Thousands of people were detained in connection with the uprising. Fearing that key members of the government and judiciary had been involved in the attempt, the Gambia established special tribunals staffed by lawyers and judges from the British Commonwealth to assess the legality of the detentions and prosecute those who were deemed most responsible.  All told, 45 people were tried in 4 years.

The conversation at the Jackson Center involved Hassan Jallow (ICTR Chief Prosecutor) and Fatou Bensouda (ICC Chief Prosecutor), who were young Gambian professionals working in the judicial system at the time, and Sir Desmond Da Silva (United Kingdom) who, as an expert on the 1351 English Treason Act, was seconded to help with the trial. Jallow covers the event in more detail in his recently-published memoire, Journey for Justice.

Ambassador Tiina Intelmann on the Worrisome State of International Justice

Ambassador Tiina Intelmann (Estonia), President of the ICC’s Assembly of States Parties (ASP), gave a sobering keynote address at the Chautauqua Institution about the state of international justice.  (The YouTube video is here). Intelmann observed that the security situation in the world changed dramatically over the summer, suggesting that Francis Fukuyama was prematurely optimistic in his essay, The End of History.  She noted that the ICC was established during the peek of global optimism and unanimity about the prospects of international justice, but surmised that such an effort would fail if it were attempted today.  Although the number of cases before the Court (21), the range of situations being referred to the Court (8), and the number of requests for the Court to get involved in conflicted areas around the world (1000s) have reached unprecedented levels, support for the Court is waning in some circles.  This is true most notably among certain members of the African Union, who have indicated that maintaining cooperation and a positive attitude toward the Court may

generate economic and political problems.  She cautioned that this ambivalence is not limited to Africa, however.  Even though one European country has annexed part of another European country, some European states—including long-time supporters of the Court and of international law—are “remaining neutral” and raising concerns about the local impact of the sanctions that have been imposed.   She observed that when complicated situations come closer to home, states start thinking more parochially about their own national interests.

Ambassador Intelmann also argued that while Article 27 of the ICC Statute—withholding immunities traditionally enjoyed by heads of state—was a major achievement in Rome, the Kenya and Darfur situations reveal that prosecuting sitting heads of state is not something the international community is very good at.  She lamented the fact that the ASP, which was designed as an administrative body to deal with budgetary and other more quotidien issues, turned itself into a political body at its last session when considering proposals to undo Article 27 and limit the Court’s ability to prosecute heads of state.  These proposals remain on the table and will likely appear on the ASP’s agenda again soon.

A highlight of the IHL Dialogs is always the prosecutors’ roundup, which is followed by a year-in-review offered by a leading ICL academic.  Professor and Dean Valerie Oosterveld of Western Law in Ontario, Canada, delivered the 2014 ICL Year in Review.  The material below is a composite of several panels convened over the course of the Dialogs that covers some highlights of the year’s events.   END_OF_DOCUMENT_TOKEN_TO_BE_REPLACED 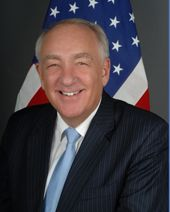 Delighted to return to intlawgrrls, and to have attended the June 10 briefing on the International Criminal Court (ICC) delivered by U.S Ambassador-at-Large, Stephen J. Rapp,(photo, left) head of the Office of Global Justice in the U.S. Department of State and hosted by the Washington Working Group on the International Criminal Court (WICC) and the Tom Lantos Human Rights Commission of the U.S. House of Representatives.

Those present heard an up-to-date perspective on the ICC, including its relationship with the United States, moderated by Christopher “Kip” Hale, Senior Counsel for the American Bar Association and Director of the ABA’s International Criminal Court Project.

Ambassador Rapp set the stage for his briefing by discussing the global leadership of the United States in the field of international criminal justice, beginning with the Nuremberg proceedings and continuing through to the work of the International Criminal Tribunals for the former Yugoslavia and Rwanda.

He followed with an extensive and detailed discussion of the work of the Court to date, along with an incisive analysis of the evolving role played by the United States over the course of the ICC’s development.

Among other themes, Ambassador Rapp discussed:

The overall tenor of the briefing was markedly positive. Noting the U.S. commitment to hold perpetrators of atrocities accountable, Rapp reasoned that the United States ought to do what it can to assist the Court in bringing alleged war criminals to justice.

When I asked Rapp to identify what, in his view, was the most significant impediment to the United States joining the ICC, he first acknowledged that U.S. ratification of international treaties has historically been a lengthy process. Rapp noted, however, that before moving in this direction, the United States would have to overcome its concern that the Court might be used unfairly against it.  In Rapp’s view, this process will require more time for the United States to assess how prosecutors act and how ICC judges decide admissibility standards, in order to establish confidence that the U.S. would not be unfairly targeted by the Court.

This author is looking forward to discussing Rapp’s briefing next week at the International Criminal Court Summer School in Galway, Ireland, where she will be lecturing on the U.S. and the ICC.   The upcoming course, offered by the Irish Centre for Human Rights boasts a distinguished list of speakers, including the founding Director and now Honorary Chairman of the Centre, Professor William A. Schabas, fellow intlawgrrl, Nadia Bernaz, numerous ICC insiders and Don Ferencz, executive director of the Planethood Foundation and member of the Board of Advisors on the ABA-ICC Project.

A video-recording of the briefing is available here.