Five years ago, sometime before 9am on 24 April 2013, cracks started to appear in the Rana Plaza building in the Dhaka District of Bangladesh, revealing a structural failure that caused the eight-story commercial building to collapse. The building contained five garment factories supplying major global brands and retailers.

It only took 90 seconds for Rana Plaza to collapse, but it took two weeks to search for the dead. When the search ended on 13 May 2013, the total of lives lost was over 1,100.

The tragedy spurred textile and clothing companies into action. In May 2013, global fashion brands and retailers and trade unions signed the Accord on Fire and Building Safety in Bangladesh (the “Bangladesh Accord“), a ground-breaking worker safety agreement. Adidas, H&M and Esprit are amongst the signatories.

The most famous pillar of the Bangladesh Accord is its five-year legally binding agreement between brands and trade unions to ensure a safe working environment in the Bangladeshi ready-made garment industry. This feature gained notoriety when a case was filed at the Permanent Court of Arbitration in The Hague in October 2016 by two global unions, IndustriALL Global Union and UNI Global Union, to hold two unnamed multinational companies to account. The case eventually settled for $2.3 million in January 2018.

There are, however, additional components to the Accord, including, importantly, the creation of an independent inspection programme.

The Accord, which gathered the support of more than 250 brands and retailers from over 20 countries, was originally established for a limited time of five years – until May 2018.

In May 2017, the Remediation Coordination Cell (“RCC“) was established under the government of Bangladesh’s National Initiative, with a view to take over from the Accord to implement the remediation process for garment factories.

In June 2017, leading fashion brands and global trade unions announced at the OECD Global Forum on Responsible Business Conduct that they would enter into a new agreement, which would come into effect in 2018. Later that year, a transition agreement (the “2018 Transition Accord“) was signed, extending the Accord’s mandate for another three years, and allowing it to continue its operations until the RCC was ready to take over the platform’s responsibilities.

Everything seemed on track to guarantee a smooth continuation of the Accord’s activities… until judicial proceedings were started by a Bangladeshi factory owner who had failed to remedy safety breaches, and was therefore removed from the list of factories that Accord signatories are allowed to source from.

The factory owner sued the Accord. In April 2018, in an extraordinary unilateral action, the Bangladesh High Court issued a “suo moto” restraining order against Accord office operations. The restraining order is due to come into force on 30 November. This means that, in two days, the Bangladesh Accord will have to close its Dhaka office, severely limiting its scope of work and its ability to inspect thousands of factories supplying clothes for brands such as H&M, Esprit and Primark.

END_OF_DOCUMENT_TOKEN_TO_BE_REPLACED

The British government’s proposal for the United Kingdom’s post-Brexit relationship with the European Union has pleased neither the Brexiters nor the EU. It is easy to understand why. 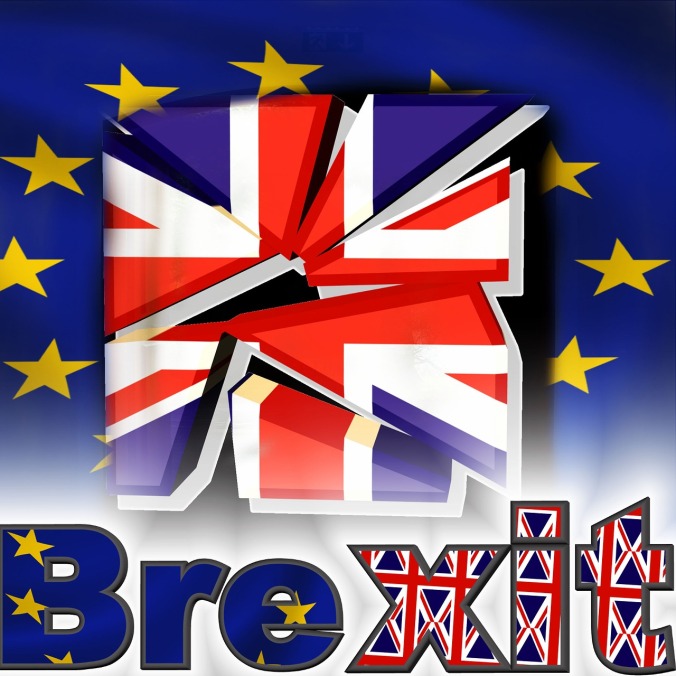 The White Paper, The Future Relationship Between the UK and the European Union, boldly proposes that the UK leave the EU while keeping those aspects of EU membership the Theresa May government considers important or necessary. Boris Johnson, leading voice of the Brexiters, has resigned as UK Foreign Secretary in response to the White Paper. So has David Davis from his post as UK Brexit Secretary. The EU has questioned whether the proposals are workable.

The UK has already concluded a Withdrawal Agreement with the EU under the terms of which the UK is scheduled to leave on March 29, 2019. However, the terms of its post-Brexit relationship with the EU must be negotiated in the next few months – by October 2018. How does one unravel a complex trading relationship established over several decades?

Through a proposal to establish a “deep and comprehensive economic partnership,” along with carefully balanced appeals to both the British people and EU regulators, the UK proposal seeks to maintain the benefits of this trading relationship even after leaving the EU. The proposal documents “the unique ties that exist between the UK and the EU economies”. These ties include the “deeply integrated” supply chains and markets, to which the proposal refers, and which have made the EU the UK’s biggest trading partner.

Of course, these unique ties exist because of the UK’s membership in the European Union for the past 40-plus years. These ties and patterns of trade have helped the UK to achieve and maintain its current position as the world’s 5th largest economy. Disrupting these existing patterns of trade threatens the UK’s economic standing, which could take years, if not decades, to rebuild with new trading partners. This is the dilemma the UK government faces. And the need to avoid re-establishment of a border between Northern Ireland as part of the UK and the Republic of Ireland which remains in the EU has emerged as an unanticipated and complex issue of the Brexit process.

The EU is able to operate as a single market for the free movement of goods, people, and capital because of the negotiated rules that govern the economies of EU members –the very rules that Brexiters voted to escape. To maintain its economic relationship with the EU, a core element of the proposal for the new partnership is the establishment of a “common rule book”of only those EU rules the UK considers necessary for friction less trade between the EU and the UK. This approach is the “cherry-picking” the EU has said it will not allow. Appealing to Brexiters, these rules would be implemented autonomously by UK agencies. At the same time, the proposal assures the EU regulators that it knows how to implement EU rules and would also participate, without a vote, on relevant EU technical committees.Not surprisingly,the proposal on the “common rule book” is at the core of Brexiters’ displeasure with the White Paper.

To manage the relationship, the UK also proposes the introduction a new overarching institutional framework.With the aim of keeping the relationship “practical and flexible”, this new framework would include a Governing Body to provide political direction and a Joint Committee to underpin its technical and administrative functions and to address issues of non-compliance. Rights would be enforced in the UK by UK courts and in the EU by EU courts, with each taking into account the other’s rulings in order to get consistent interpretations.

Although the proposed institutional framework is probably not pleasing to Brexiters either, it may be one of the more thoughtful aspects of the proposal. In fact, the EU may wish to incorporate some of them in the future.

With respect to Brexit, however, it is difficult to see why the EU would be willing to add an entire new layer of institutions just to manage its relationship with one country. And there is also the concern that other countries might want to “leave” and negotiate similar arrangements.

Upcoming posts will discuss in greater detail the UK Brexit White Paper, which includes proposals on –

The UK government plans to use these proposals to engage the EU as they negotiate the EU-UK post-Brexit relationship. We will have to see – is the UK-EU relationship as important to the EU as it is to the UK?

GSP is back! As of April 22, 2018 importers can once again take advantage of the retroactive renewal of the Generalized System of Preferences (GSP) program. This means:

Products eligible for duty-free entry into the United States should be filed by placing before the tariff number one of these special indicators – “A”, “A+” or “A*” (as explained in General Note 4 of the Harmonized Tariff Schedule of the United States). One of these indicators in the “Special” column of the HTSUS indicates that the product is eligible for duty-free entry under GSP when imported from an eligible country.

Refund claims forduties paid while the program was lapsed are being processed by CBP as follows:

Written requests must be submitted by September 19, 2018. No interest will be paid on the amounts owed to the importer.

GSP was renewed for only two years, and again lapses on December 31, 2020, unless renewed before that date. Sadly, importers probably need to anticipate the possible lapse of GSP and hope for the possibility of claiming a refund on duties paid while the program was lapsed. Should this situation recur, importers using the Automated BrokerInterface (ABI) will, again, be able to receive automatic processing of refunds.

Also note that for importers of aluminum and steel GSP-eligible goods subject to Section 232 duties their eligibility ended on March 23, 2018.

Contact us for more information and/or assistance with requesting your refund!