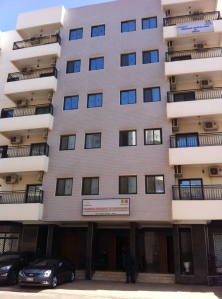 On May 30, the Chambres Africaines Extraordinaires (CAE) will announce its verdict in the trial of Chad’s ex-dictator Hissène Habré. Conviction is expected. What will it mean?

The trial of Chad’s Hissène Habré by an ad hoc court in Senegal is making history, and more is expected in the Judgment, scheduled for May 30, 2016. Habré’s trial represents many firsts: it is the first trial of the leader of one country by courts of another, and the first exercise of universal jurisdiction in Africa. The trial is taking place before the CAE, a hybrid judicial product governed by a statute resolved between Senegal and the African Union (AU) employing Senegalese procedure and international criminal law content.

In advance of the expected judgment, this post considers three victors of the CAE, what the trial means for Chad, and what to watch in the post-judgment phase.

First, the trial is a triumph for the coalition of international NGOs and Chadian victims that have agitated for recognition of state-sponsored atrocity in Chad since Habré fled in 1990, and perhaps for the broader question of universal jurisdiction more generally. Human Rights Watch’s Reed Brody, a central figure in the effort, deliberately elected Habré’s asylum in Senegal as the place to make this stand, and the trial is the result of two decades of efforts, passing through multiple domestic and international institutions (courts in Senegal, Belgium, Chad, ECOWAS, ICJ and even the fledgling African Court of Human and People’s Rights).

Second, the trial appears to be a triumph for Senegal. Nearly everyone – from foreign diplomats to the proverbial man on the street – describes the trial as “well-run”. The trial stayed within its modest 8.6 million euro budget and, provided the scheduled judgment is issued as predicted, nearly within its timeline. Witnesses appeared when planned and none of them perished or disappeared. Even the resistant Habré was effectively contained: after his first days of bitter resistance, where he fought his guards and was ultimately carried to his seat and physically restrained once there, the Chambers began seating him before the trial began. In this way, Habré’s resistance – beyond his total silence – effectively became a non-news item. Overall, the trial highlighted Senegal’s position as a long, stable democracy with a vital civil society sector, unique to the region. In an African power structure where South Africa is wealthy and Nigeria has vast resources, Senegal has further carved out a position as a regional rule of law expert.

Finally, the trial is arguably a triumph for the International Criminal Court (ICC), though it may be a Pyrrhic. To the degree that the trial follows the tenets underwriting the ICC – the appropriateness of legal responses to atrocity, and the centrality of combating impunity for leaders – the trial can be understood to shore up the ideological foundation of the ICC, and thereby its work. Senegal officially maintains its support for the ICC, and officials at the CAE and within the Ministry of Justice represent the CAE as an institution in line with, not in conflict with, the ICC. On the other hand, the trial can be read as an example of local alternatives to the ICC, and is supported by powers (the AU, Chad) that openly oppose the ICC. Moreover, the lean efficiency of the CAE stands in stark contrast to the ICC’s unwieldy behemoth. For example, the CAE’s four investigative judges, who completed the impressive work of roping international criminal law and the facts (2500 witnesses, 4000 documents) into the 160 page Ordonnance did this by themselves, with no clerks or researchers, over the space of 19 months. The Court Administration, responsible from soup to nuts, from hiring personnel to housing witnesses, has a staff of three. END_OF_DOCUMENT_TOKEN_TO_BE_REPLACED