The 60th session of the United Nations Commission for the Status of Women has ended on 15 March in an atmosphere of relief at delivering an outcomes document at all, thanks in large part to some Justin Trudeau star-power.  Relief was tempered by recriminations over backsliding from previously settled commitments on women’s human rights. This meeting was meant to be the ‘barometer’ testing the depth of political consensus around the new Sustainable Development Goals. The ambitious 2030 goals still require agreement on comparable key indicators, data collection methods, monitoring, and further discussions on financing.

Despite all the rhetorical commitment to the new Goals which will ‘leave no one behind’, CSW saw the potential for regression only a few months later, with fears women will get left behind in the new innovation economy. The implications of these New York negotiations for other arenas of negotiated state action, such as the female labour participation targets of the G20, deserve attention.  There is too much uncertainty about how states will implement, fund and measure the new Goal 8 relating to economic growth and inequality, and a lack of substantial policy discussion.  This places more pressure on the G20 nations, especially current and future Presidents China and Germany, to show leadership on this agenda.

Time is of the essence as the world moves into the Fourth Industrial Revolution. Just as some developing countries were able to ‘leap-frog’ developed nations in infrastructure terms; straight to mobiles with no need for laying cables; renewables without power stations. There must be the potential for increased female labour participation to move straight to decent quality work in the new skills economy, supported by adequate social protections.

Agreement on the 2030 Development Agenda last year was hard won, including the Sustainable Development Goals (SDGs), the Addis Ababa Financing for Development agenda and COP 21. This breakthrough should have ostensibly created greater coherence between the UN and the G7 and G20 Summits. The UN agreements can lend legitimacy to the agendas of elite closed-membership forums. The CSW negotiations made clear that as high-level goals reach the contested level of verifiable and detailed indicators, the political will behind the requisite gender equality reforms remains unfocussed.

The G20 Summit in Brisbane 2014 made history by including a specific target to reduce the gender participation gap in formal labour markets in G20 economies by 25 per cent by 2025, whilst also outlining country strategies to achieve growth. This promise could bring more than 100 million women into the labour force, and yet, it garnered little media or civil society attention. This goal could be seen as the first of the ‘concrete actions to overcome the barriers hindering women’s full economic and social participation’ called for in the Los Cabos Declaration in 2012. The Turkish Presidency followed by setting up the W20 engagement group to provide policy advice to leaders. China will consolidate with the second W20 Summit in Xian in late May. The G20 could be a key actor in providing urgent leadership, using the mandate and legitimacy of the SDGs, but it needs to see women as full economic actors, not widgets.

The SDGs are a new, universal set of goals, targets and indicators that all UN member states will be expected to use to frame their budgets and policies over the next 15 years to 2030. The SDGs were formulated quite differently to the previous Millennium Development Goals. They were based on the Rio Summit political outcomes, crowd-sourced widely, and apply to every nation, not just the least developed. They are far more detailed: within the 17 goals are 169 targets. The private sector is included as a crucial actor. These goals framed in a world that takes climate change seriously and acknowledges technology-based disruptions. A High Level Panel will monitor the SDGs; using a periodic peer review process based on country reports. 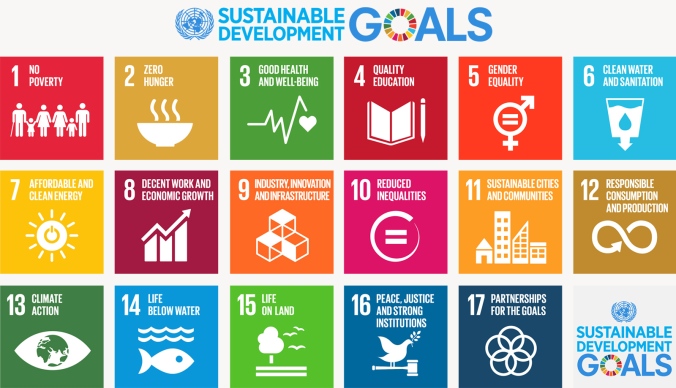 SDG Goal 8 is entirely new and aims to ‘promote inclusive and sustainable economic growth, employment and decent work for all’. The headline target is to:

Sustain per capita economic growth in accordance with national circumstances and, in particular, at least 7 per cent gross domestic product growth per annum in the least developed countries.