I argue that a minimum of 24 member states – a 50% majority – is needed to overcome the Court’s narrow interpretation of the right to marry (article 12, ECHR). Consequently, applicants and human rights activists should focus on domestic legislation first, rather than wasting time and money litigating at the Court. Without the 24 states in alignment – as a bare minimum – there will be no progress on same-sex marriage by the Court.

The question of same-sex marriage was first decided by the Court in the seminal case of Schalk and Kopf v Austria in 2010. The Court found that article 12 does not necessarily exclude same-sex couples. However, it does not enable the Court to force states to legislate in favour of same-sex marriage. Importantly, the Court also held that according to article 8, the right to respect for private and family life, same-sex couples should enjoy the same recognition as heterosexual couples. The Court continued this argument by saying it would be ‘artificial’ to look at same-sex relationships from any other starting point than as equal to a heterosexual couple.

Not surprisingly, the decision in Schalk and Kopf has faced substantial criticism, specifically with regards to the Court finding a same-sex relationship as equal to a heterosexual relationship while simultaneously allowing states to decide that same-sex couples cannot marry. The Court completely mishandled the prohibition on discrimination (article 14 ECHR). Notably, there was only a slim majority on this point (4-3), with the dissenting opinion of Judges Rozakis, Spielmann and Jebens stating: ‘the Court should have found a violation…because the respondent Government did not advance any argument to justify the difference of treatment’.

Based on this minority opinion, scholars and activists alike have tried to circumvent the ruling in Schalk and Kopf through three arguments:

Unfortunately, these arguments do not address two important points confirmed by the Court in both Hämäläinen v Finland (2014) and Oliari and Others v Italy (2015):

However, all is not lost. This strict interpretation of article 12 has a weak point: the dynamic approach of the Court interpreting the ECHR in light of Europe’s present day. The Court understands that ‘European’ opinion is shifting in favour of same-sex marriage. Scholars have noticed this ‘trend’ or ‘emerging consensus’ among European countries to legislate in favour of same-sex marriage. Same-sex marriage has been legalised in eight more states since Schalk and Kopf was decided. However, this does not give the Court – in its opinion – the authority to interpret the right to marry liberally.

The Court has made it clear that a European consensus is a necessary precursor to its decision. What a consensus looks like is undetermined, but with only 14 out of 47 states legalising same-sex marriage, the consensus currently does not favour an expansion of same-sex marriage.

My argument for a minimum of 24 states stems from the decisions of Schalk and Kopf, Hämäläinen and Oliari. In the first, the Court looked to the majority as a ‘decisive factor’. In the second, it rejected looking at the trend (as had been used in other LGBT cases such as Vallianatos v Greece (2013)) and focused on the term consensus throughout its decision. In the third, a slim majority – 24 out of 47 – helped tip the scale in favour of the applicant (although an easier threshold as it concerned article 8, it is still indicative of what a consensus means for the Court).  There were, to be sure, other arguments that helped sway the Court in Oliari to find a violation of article 8.  However, the Court has not accepted such arguments when examining article 12, to which only the European consensus has been consistently applied.

The focus of future litigation in this area must start with the states rather than skipping straight to the Court. The only legal argument that will convince the Court is one that rests on a more unified Europe. Thus, Slovenia’s historical decision to legislate in favour of same-sex marriage can be seen as a step forward for the Court and a more progressive reading of article 12.

Further arguments on this post can be found by reading my Master thesis. This post has also has been cross-posted on the PluriCourts – Centre of Excellence on the Study of the Legitimate Roles of the Judiciary in the Global Order – Blog.

This installment of Write On!, our periodic compilation of calls for papers, includes submissions for the Australian Feminist Law Journal, as follows:

► The Australian Feminist Law Journal seeks submissions for their special issue on Gender, War and Technology: Peace and Armed Conflict in the 21st Century.  Deadline is March 17, 2017. Details here.

Work On! is an occasional item about workshops, roundtables, and other fora that do not necessarily include publication:

The Siracus International Institute for Criminal Justice and Human Rights will host its Defense Counsel Training Program on 15-19 May, 2017 at its headquarters in Siracusa, Italy. This program is specifically designed for international lawyers, in-house counsels and jurists detailing with cases related to international crimes before national and international jurisdictions. Details here.

This installment of Write On!, our periodic compilation of calls for papers, includes calls to present at the Amsterdam Law Forum, as follows: 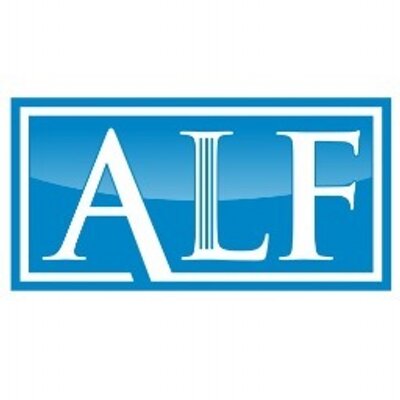 The Amsterdam Law Forum seeks submissions for their upcoming spring/summer issue. There are two calls for papers:

The Siracusa International Institute (SII) will host a specialisation course for junior prosecutors on internaitonal criminal justice and international cooperation in criminal matters on July 3-14, 2017, at SII in Siracusa, Italy. Deadline for applications is March 31, 2017. Details here

Additionally, the SII will hold a specialization course in international criminal law for young penalists (“The International Criminal Court at fifteen”) on May, 21-31, 2017  at SII. Deadline for applications is March 20, 2017. Details here.

This installment of Write On!, our periodic compilation of calls for papers, includes calls to present at the American Society of Internaitonal Law’s Annual Meeting, as follows:

The Academy is now seeking to recruit a Senior Legal Officer ICL. The successful candidate will have a strong track-record in the ICL community – in a governmental organization, a research institution, a public or private foundation, academia, an international organization or civil society.
The ideal candidate will have proven experience in conceptualizing, developing and implementing ICL related programs for capacity building, applied research and practitioners and will be responsible for the identification of critical areas of concern in the field of ICL within the framework of the overall strategy of the Academy. He/she will be the focal point for external ICL experts and consultants and will broaden and maintain the Academy’s network in this field.

The Academy promotes equality of opportunity. We offer an indefinite appointment at level E 13 (initial gross annual salary between app. 45,000 € and app. 52,600 € depending on relevant previous experience) of the Collective Agreement applicable to the German Public Service (TVöD Bund), 30 days of paid leave, coverage of relocation costs and other benefits. The contract will include 6 month probationary period.

Applicants who are not in possession of a PhD may be given an opportunity to write a dissertation to obtain a doctoral degree (Doctor juris) at the Law Faculty of the Friedrich-Alexander-University Erlangen-Nuremberg, if they meet the eligibility requirements of the University for its doctorate program.

At present, women make up an average of 17% of the judges of international courts and tribunals. There is a significant variation in the proportion of women on the benches of different legal regimes. To better understand and assess this inequality, PluriCourts and iCourts invites papers for a workshop on gender on the international bench.

The aims of the workshop are

We invite papers in political science and philosophy, on a range of issues.

For further information please read the full call for papers.

Please submit an abstract before January 20 to:

The 13th Annual Conference of the European Society of International Law will take place in Naples, Italy, on 7-9 September 2017. The conference will be hosted by the University of Naples Federico II, the oldest public university in the world.

The theme of the conference is ”Global Public Goods, Global Commons and Fundamental Values: The Responses of International Law”.

The Call for Papers is now open. Deadline for submission of abstracts: 31 January 2017.

The American Society of International Law’s Lieber Society on the Law of Armed Conflict awards the Francis Lieber Prize to the authors of publications that the judges consider to be outstanding in the field of law and armed conflict.  Both monographs and articles (including chapters in books of essays) are eligible for consideration — the prize is awarded to the best submission in each of these two categories.

Any work in the English language published during 2016 or whose publication is in proof at the time of submission may be nominated for this prize.  Works that have already been considered for this prize may not be re-submitted.  Entries may address topics such as the use of force in international law, the conduct of hostilities during international and non‑international armed conflicts, protected persons and objects under the law of armed conflict, the law of weapons, operational law, rules of engagement, occupation law, peace operations, counter‑terrorist operations, and humanitarian assistance. Other topics bearing on the application of international law during armed conflict or other military operations are also appropriate.

Anyone may apply for the article or book prize.  For those in academia or research institutions, the prize is open to those who are up to 8 years post-PhD or JD or those with up to 8 years in academic teaching or research position. Membership in the American Society of International Law is not required.  Multi-authored works may be submitted if all the authors are eligible to enter the competition.  Submissions from outside the United States are welcomed.

Submissions, including a letter or message of nomination, must be received by 9 January 2017.  Three copies of books must be submitted.  Electronic submission of articles is encouraged. Authors may submit their own work.  All submissions must include contact information (e‑mail, fax, phone, address) and relevant information demonstrating compliance with eligibility criteria.  The Prize Committee will acknowledge receipt of the submission by e‑mail.

Printed submissions must be sent to:

Electronic submissions must be sent to:

Please indicate clearly in the subject line that the email concerns a submission for the Lieber Prize.

The Selection Committee will select one submission for the award of the Francis Lieber Prize in the book category and one in the article category. The Prize consists of a certificate of recognition and a year’s membership in the American Society of International Law.  The winner of the Lieber Prize in both categories will be announced at the American Society of International Law’s Annual Meeting in April 2017.