Yesterday Justin Trudeau was sworn in as the 23rd Prime Minister of Canada and he brought with him gender parity in the Cabinet for the first time in the country’s history. Trudeau is a self-proclaimed feminist, and had made it an election promise to nominate 50% of his minsters as women. Although others have made similar statements in the past, he was the first to fulfill on that promise. Asked after his swearing in ceremony why gender parity is so important to him, his answer was simple: “Because it’s 2015.”

The pool of women in the party from whom he could choose as his minsters was significantly smaller than the pool of men: there are 134 men and 50 women MPs in his Liberal party. And although a record number of women were elected to the House of Commons across all parties, a total of 88, this still only represented 26% of all MPs. Apparently choosing 15 female MPs to be part of his Cabinet has meant that some long-standing male MPs missed out on being picked, and as former Liberal Premier of the province of Quebec, Jean Charest stated: “There are lot of people who legitimately feel they could sit around that table and they won’t be there.”

What an interesting statement. Especially coming from Charest, who himself brought gender parity to the Quebec provincial government in 2007. Charest has made public statements that he supports Trudeau’s appointments, and that it is “a message to Canadian women — and young women in particular — that this world is about you…You have to move beyond the old boy’s network.”

So why is it a problem that there are some people who legitimately feel they could sit around they table and won’t be there? Aren’t there plenty of women who have felt that way for decades?

There has been the unfortunately typical backlash against the emphasis on gender parity in some media. Questions about why gender matters, retorts that it should be the best person for the job who is elected…as if there might be a question as to these womens’ credentials. Some of this critique comes from women, too. Janice McKenna was the first female finance minister in the province of Saskatchewan in the 1990s, and has come out against what she sees as affirmative action, and has said that “gender parity is a bad idea…I think what people should expect is that accomplishments, talents, abilities are the prime concern.”

Again, somehow the credentials of these women is being questioned BECAUSE they are women. Nobody would expect to see the same kind of questioning if the same male majority were to continue, or even if there were an all-male cabinet like the not-so-long-ago times.

Some satirical articles have picked up on this, like this one claiming that a 50% female cabinet leads to a 5000% rise of men who suddenly care about merit.

The fact that it is, indeed, 2015, and we are still uncomfortable with women in positions of power in North America says a lot. In the Scandinavian countries, France, and even in Italy gender parity in government has been around for quite some time, and in countries like Andorra, Belgium, Boliva, Cuba and Rwanda there is parity or near-parity in parliament.

And Trudeau’s diversity in cabinet goes beyond gender. He has nominated Jody Wilson-Raybould as Minister of Justice and Attorney General, the first time a First Nations person will hold this post. She is a former Crown Prosecutor and Regional Chief of the Assembly of First Nations. 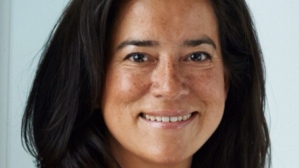 As well there are two ministers who have physical handicaps: Minister for Disabilites Carla Qualtrough was born legally blind, and is a successful paralympic athlete; and Minister of Veteran Affairs Kent Hehr has been a quadriplegic since a drive-by shooting rendered his physical capabilities limited. However he has since become a successful lawyer and politician, a great example of physical limitations not being the final limitations.

There are also two Ministers who are sikhs, one of whom, Amarjeet Sohi, was the victim of false accusations of terrorism and suffered horrible human rights abuses in his home country of India. And new Minister for Democratic Institutions Maryam Monsef came to Canada with her family as a refugee fleeing the Taliban in Afghanistan. Karen McCrimmon also deserves mention since she was Canada’s first woman Air Navigator and first woman commander of a flying squadron.

This diversity is being applauded in most of Canada’s media, and the questions being raised about preferencing over credentials deserve to be laughed off. There are clearly many more capable candidates out there than the same familiar faces that keep popping up. Hopefully our neighbouring countries such as the US will follow suit in the near future.