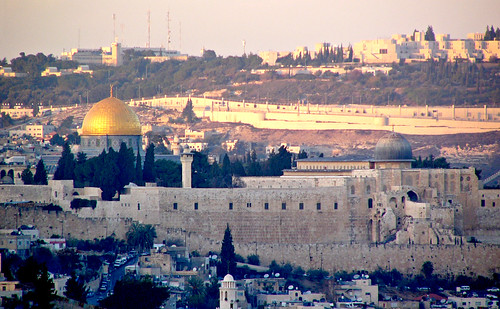 The Faculty of Law of the Hebrew University of Jerusalem and Columbia Law School invite the submission of written proposals for an international conference on the international law legacies of the Palestine mandate, to be held in Jerusalem on 21-22 June 2015, and for subsequent publication. From their call for papers:

Recipients of this call for papers are invited to submit proposals to present a paper at the conference. Some authors of proposals selected for the conference will be offered partial or full coverage of flight and accommodation expenses.

On 24 July 1922, the Council of the League of Nations confirmed the mandate for Palestine. On midnight, 14 May 1948, the mandate came to an end. Much that happened before, during and beyond these dates remain contested – and much remains uncharted.

Next, then, are questions about the specificities of the Palestine mandate: against what broader contexts can we understand the classification of the Palestine mandate as an ‘A-type’ mandate under Article 22 of the Covenant? Is the critical discourse of mandates as international, institutional extensions of colonialism and empire analytically conducive, or has that discourse now become no more than a vehicle of anachronistic denunciation? What do comparisons of present-day and past understandings of mandates as instruments of ‘a sacred trust of civilization’, dedicated to the ‘well-being and development’ of a people not-(yet?)-inhabiting its territory, tell us about the force of the Palestine mandate, the uses of the mandate system, or about the road since traversed by international law itself? Can we adduce or find coherence with general principles when we consider e.g. the Palestine mandate’s Transjordan provisions? Can these provisions and subsequent arrangements be understood outside the British Imperial context? Can we evaluate the clause preserving ‘civil and religious rights of existing non-Jewish communities in Palestine’ without historicizing the international law – on minority protection, self-determination, subjecthood and recognition – that may have informed its formulation? How were all these specificities theorized, defended, or contested then and since? How are they today?

The practice of the Palestine mandate gives rise to additional sets of questions. In this respect, it may be asked whether it is at all possible, rather than remain prisoners of dichotomous patterns of behavior setting apart ‘the Jews’ and ‘the Arabs’, to conduct a more nuanced inquiry, one that obeys doctrinal understandings of validity, of different actors within and without mandatory Palestine – were they bearers of international rights and obligations under international law? – and how they conducted themselves, legally-speaking? What role did notions of consent, acquiescence, prescription, estoppel, protest and effectiveness play in the legal unfolding of the mandate? And what imprints have such practices left on the unfolding of the mandate, on its future interpretation, on international law doctrine – or on the theory of international legal personality? What impact have such notions had on the assertion and evaluation of rights and obligations emanating from the Palestine mandate? And what of the mandatory itself? What have been, or ought to have been, the legal consequences of how it adhered to or departed from its obligations?

Another set of questions, seldom asked any more, pertains to the impact of the Palestine mandate on the international legal status of Jewish individuals and communities elsewhere. How did the clause preserving the ‘the rights and political status enjoyed by Jews in any other country’ come into being, and how was it conceived, interpreted, and practiced by the Yishuv, the mandatory, the League of Nations institutions (e.g. the Minorities Section of the Secretariat), third-party governments, and Jewish Diaspora? What impact did it have on the international law status and recognition of Jewish collectivity, Jewish rights, or Jewish obligations? What were the ideological, doctrinal, and bureaucratic affinities (or tensions) between the League’s supervision of the governance of the ‘Jewish National Home’ and its oversight, through the Secretariat’s Minorities Section, over the situation of Jews in Central Eastern Europe?

Many of these queries converge unto a discussion of the enduring effects and legacies of the Palestine mandate. How did it affect what would transpire later, and what was the impact of subsequent developments – the Partition Resolution, successive wars, agreements and discords – on the legal understanding of the Palestine mandate? Was it committed to the dustbin of international law’s (and the conflict’s) history, to be redeemed unilaterally upon ephemeral convenience? Or does it continue to provide relevant data for analyzing individual and collective rights, self-determination, sovereign entitlements, territorial boundaries, and licit and permissible use of force and land?

Applicants are invited to propose papers discussing these or similar questions falling broadly within the following and other pertinent themes:

Researchers interested in addressing these and related questions are invited to respond to this call for papers with a 1-2 page proposal for an article and presentation, along with a brief CV, including a list of publications. Proposals should be submitted by email to Dr. Rotem Giladi of the Hebrew University of Jerusalem (pmilconf@gmail.com) no later than 30 September 2014. Applicants should expect notification of the Conference Academic Committee’s decision by early November 2014. Written contributions (of 10,000-12,000 words), based on the selected proposals, will be expected no later than 15 April 2015.

One thought on “Write On! Legalities and Legacies: The Past, Present, and Future of the Palestine Mandate in International Law”