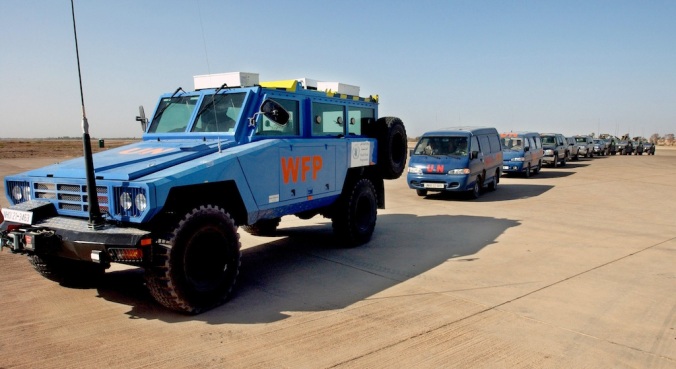 Hostilities in Syria have displaced millions and killed hundreds of thousands. Every day, people die because they lack goods and services essential for their survival. Much of the suffering is a consequence of the violence of the past three years, but the failure of aid efforts to relieve the attendant humanitarian crisis has undoubtedly contributed. With the suffering showing no signs of abating, and the violence expected to escalate in the coming days in response to the presidential elections, there is a case for reconsidering how aid operations are being carried out in Syria. In particular, it seems time to reconsider the use of humanitarian corridors, arguably the most controversial – yet potentially most effective – of all assistance models. Whilst reserving judgement on the question of whether corridors could work as a universal response to crises, it certainly seems reasonable to say that the scale and severity of suffering in Syria renders them viable in the present one.

Humanitarian corridors are strips of land, sea or air that are demilitarised to allow aid convoys safe and rapid entry into particular areas of a conflict zone (often besieged cities with large civilian populations). Pursuant to negotiations on geographic and temporal requirements, corridors are established in a certain location for a certain length of time and are then suspended. Some reopen regularly in the same place; others never open in the same place more than once.

On the face of it, it is clear why these delivery models are attractive. Properly established and protected (for example by a multi-State peacekeeping force), corridors provide a highly structured and swift way of delivering aid. Crucially in light of frequent attacks on aid workers, they also render that delivery much safer.

If humanitarian corridors are so attractive, then, why is there such resistance to their use in Syria? For one thing, historically corridors have not escaped the usual politicisation and corruption rife in conflicts. In the 2009 Gaza War, for example, aid delivered through corridors was misappropriated and sold to merchants affiliated with Hamas, a militant and political organisation that governs the Gaza Strip. Corridors are not alone in that regard. Most aid mechanisms, whether organised through major international organisations such as the United Nations or through local non-governmental organisation networks, suffer the same fate.

There is also a series of unanswered legal questions that undermines the establishment of corridors. We know, for example, that corridors are most effective when they are established with the consent of the respective parties.In fact, several international law instruments require that humanitarian relief only be delivered with the consent of the receiving State.[i] But we do not know, legally speaking at least, whether there are circumstances under which corridors can be established in the absence of that consent. Indeed, such establishment may constitute unlawful interference with the internal affairs of the receiving State, thus rendering any assisting States internationally responsible and, of particular concern, establishment without consent by assisting organisations may render the organisations and their personnel subject to prosecution under domestic law. In the absence of answers to these and other important questions, and in lacking the vital legal understandings that would flow therefrom, it is unsurprising that such resistance exists.

Despite this, the deteriorating situation in Syria warrants reconsideration of humanitarian corridors as a viable model for assistance. After all, corridors exhibit the same vulnerabilities that we accept in other aid mechanisms and all that is preventing our better legal understanding of the issues is the fact that we are paying relatively little attention to them. International resistance to humanitarian corridors, therefore, may simply be premature.

Against the backdrop of that prematurity, let us recall not only the severity of the humanitarian crisis but also the fact that the Syrian government has not actually placed a blanket ban on assistance. On the basis of legitimate military concerns that uncontrolled aid could be diverted from civilians and used to strengthen opposition forces, what the government has done is restrict the distribution of aid in certain areas, albeit often to the point of rendering delivery impossible. UN Security Council Resolution 2139 (22 February 2014) delivered a scathing condemnation of the government’s actions in this regard, but in being plagued by broad legal and conceptual uncertainties it was to be expected that the Resolution would be difficult to implement on the ground. Putting aside the legality of that restriction, assisting actors must recognise the right of the Syrian government to control assistance on its territory.[ii] In any humanitarian operation, there must be an opportunity for State interests to be reflected. It is with respect to this point that corridors can be especially effective. Even though current efforts are the result of complex and praiseworthy negotiations, these are often afflicted with their own problems, not least because negotiations concluding in delivery are presented solely as ‘victories’ for assisting actors, undermining the role of the affected State and affording little recognition of the State’s own interests in the protection of its civilians. By centralising the interests and consent of the affected State and affording flexibility through negotiation, corridors may provide a viable alternative.

In sum, humanitarian corridors offer both an opportunity to increase the amount of desperately-needed aid coming into Syria, and the chance for the legitimate military and security interests of the Syrian government to be reflected to an extent that negates the need for aid restrictions in the first place. In this context, reconsidering their use is surely appropriate.

[ii] Article 70(3)(a) of AP I, for example, notes the ‘right to prescribe the technical arrangements, including search, under which such passage is permitted’. Similar control rights are implied in Article 18 of AP II.