The International Court of Justice recently issued a final judgment in The Case Concerning The Temple Of Preah Vihear, Request For Interpretation Of The Judgment Of 15 June 1962 (Cambodia v. Thailand) (the full case docket is here).  The judgment confirms (again) that the contested temple is on the territory of Cambodia, although leaves open the question of the territory around the temple.  Newspapers initially reported that both countries were satisfied with the ruling; now, it seems that Thailand wants to “negotiate further on the issue with Cambodia.”

Although not of the global importance as the situation in Syria or Iran, this case can be counted as a provisional win for the ICJ and for the processes of international dispute resolution.  As we’ve discussed in the past (here) the origins of the dispute can be traced to Thai domestic politics more than anything else.  The ICJ offered a neutral forum where the parties could outsource the dispute, give everyone involved some breathing room, and allow for the political situation in Thailand to normalize.  It remains to be seen whether nationalist forces within Thailand will accept the ruling, or insist that the government repudiate it.

Round 1 at the International Court of Justice

By way of background, the ICJ first took up the case upon a 1959 application by Cambodia after Thai forces occupied the temple area in 1954.  In that earlier opinion, issued in June 1962, the Court had declared that

notwithstanding that the temple, being on an escarpment, is geographically more accessible from Thailand and on the Thai side of a natural watershed that otherwise demarcates the border between the two countries.  Interestingly, the Court did not consider Cambodia’s cultural claims to the 11th century temple, which was built by the same Khmer royalty who are responsible for the spectacular Angkor Wat temple complexes.

The ruling was premised in part on interpretations of French maps, drawn up in 1907 by the Franco-Siamese Mixed Commission, which placed the territory in Cambodia.  Thailand had helped generate these maps, and subsequently used them for its own purposes until its 1954 occupation of the area.  Because Thailand had originally relied on the 1907 maps, suggesting an acceptance of their contents, international lawyers normally cite the ICJ’s 1962 judgment for the principle of estoppel, which the court identified as a general principle of law as contemplated by Article 38(1)(c) of its statute. 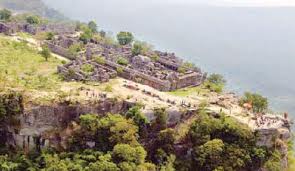 Thailand withdrew from the temple complex following the 1962 judgment.  Cambodia generally enjoyed uncontested sovereignty over the temple until recently.  In 2007, Cambodia successfully requested that UNESCO list Preah Vihear as a World Heritage Site, one of two in Cambodia.  The map Cambodia provided to UNESCO included part of the promontory on the Cambodian side of the border.  Nationalist political parties in Thailand protested the move, leading to Thailand’s withdrawal from both the 1972 Convention Concerning the Protection of the World Cultural and Natural Heritage and the World Heritage Committee.  These protests were part of the unrest that led to the 2008 Thai political crisis.  At the same time, Thai and Cambodian forces clashed along the borders, displacing thousands of civilians and requiring the temple to be closed to tourism.  In February 2011, Cambodia brought the conflict to the attention of the U.N. Security Council, which called for a permanent ceasefire to be established between the two parties and expressed its support for the efforts of the Association of Southeast Asian Nations (ASEAN) to find a solution.

Round 2 at the International Court of Justice

In April 2011, Cambodia requested that the ICJ, pursuant to Article 60 of its statute, interpret its original 1962 judgment.  Thailand advanced the argument that the original ICJ opinion related only to the temple itself (and the immediate vicinity), and not to the entire area surrounding it, where the recent clashes have occurred. Similarly, it argued that the Court did not delineate the entire frontier between the countries, which remains contested.  Cambodia countered that by determining that the temple falls within Cambodian sovereign territory, the ICJ by implication had determined the border between the two countries, at least with regard to the temple vicinity. Thai incursions, it contended, thus are akin to violations of Article 2(4) of the U.N. Charter. On the strength of the original ICJ opinion, Cambodia has argued that Thailand remains under a continuing and general duty – rather than a mere instantaneous duty applicable only in 1962 – to withdraw its troops from the area and to respect the integrity of Cambodian territory.

On July 18, 2011, the International Court of Justice ordered provisional measures in the Request for interpretation of the Judgment of 15 June 1962 in the case concerning the Temple of Preah Vihear (Cambodia v. Thailand).  Made pursuant to Article 41 of the ICJ Statute, provisional measures are akin to the issuance of a preliminary injunction in U.S. litigation practice.  The measures were premised on findings that:

all armed forces should be provisionally excluded from a zone around the area of the Temple, without prejudice to the judgment which the Court will render on the request for interpretation submitted by Cambodia.

The Court then defined this zone with reference to particular coordinates. In addition, the parties were ordered to continue to cooperate with ASEAN and to allow observers to have access to the provisional demilitarized zone.

Round 3 at the International Court of Justice

The Court unanimously ruled this week on the merits of the dispute.  In keeping with its earlier provision measures, the Court held that the 1962 judgment only addressed a dispute regarding territorial sovereignty over the temple and area on which it is located; it was not delimiting the entire frontier or assigning sovereignty over the entire escarpment or nearby geographic features.  Nor did it indicate where Thai troops should withdraw to; rather, it simply indicated that they should withdraw from the temple area.

It remains to be seen whether nationalist forces within Thailand will accept the ruling, or insist that the government repudiate it.  There are apparently plans afoot to jointly develop the area.  Having been to Cambodia dozens of time, I still have yet to see this architectural and historical marvel, which has been generally off limits to tourists.  Let’s hope these moderate impulses prevail…