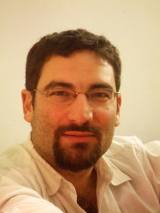 We are delighted to welcome Dov Jacobs for this guest post. Dov is an Assistant Professor in International Law at the Grotius Centre, Leiden University School of Law.

I would like to thank Yvonne for inviting me to briefly introduce my chapter in the exciting new Ashgate Companion to International Criminal Law edited by herself, Niamh Hayes and William Schabas.

The Chapter focuses on the organs responsible, at the International Criminal Court, for determining the content of the charges against an accused individual and the scope and timing of any amendments that are to be made. Essentially, the framework is analyzed as a “shifting scale of power”, from the absolute discretion of the Prosecutor in the early stages of the proceedings to the final decision of the judges at the confirmation of charges. After the confirmation of charges? The only thing that can happen is for charges to be withdrawn, nothing else, according to both the Statute and the Rules.

And this is where the now famous regulation 55 of the Regulations of the Court comes in. In a nutshell, this provision allows for the trial judges to change the legal characterization of facts at any stage of the proceedings (even during final deliberations, one month before the acquit… sorry, judgment in the Katanga case, as the ICC Appeals Chamber recently confirmed). My chapter essentially argues that the adoption of this rule was ultra vires and that the rule cannot be reconciled with the statute or the RPE. The judges therefore exercised a legislative role that went beyond the scope of their functions.

The chapter is, I think, useful and interesting on a number of levels. First of all, it tries to clarify the framework on the determination of charges at the ICC, which is not an easy task, given that the drafters, in their customary search for precision, never actually bothered to define what a “charge” is in the Statute. Second of all, for those interested in the Regulation 55 saga, it presents the relevant legal, conceptual and practical dimensions that are necessary for the discussion. Third of all, it is an illustration of the more general tensions between the various organs of the Court, be in the Prosecutor or the Chambers. This aspect can easily be overlooked in the grand geopolitical scheme of things, but I think that internal bickering at international courts probably explain more of the decisions than we might think. 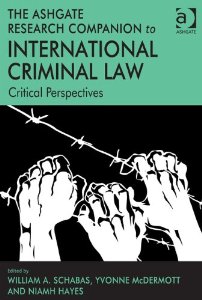 Finally, and more broadly, this chapter is an illustration of a number of problematic trends of international criminal law. For example, it illustrates how vague concepts such as the “fight against impunity” are abusively used to justify derogations to the rules of strict interpretation that should prevail in criminal law (as I argue in detail here). It illustrates the sometimes poor quality of legal reasoning that plagues this field. It shows how the defence often ends up on the losing side of policy and jurisprudential choices made by the judges (as is the case in relation the case law on provision release, as discussed here). Finally, and this is one of my “favourite” topics, it illustrates how international criminal judges see themselves as more important as they actually are in representing the interests of the international community and in realizing the ambitions of international criminal justice, often leading them towards the grey zones of policy and judicial lawmaking. Judges are at the heart of the fairness of the proceedings, notably for the defendants. That is their noble, fundamental, but ultimately limited function and it is by focusing on the competent exercise of this core role that they will, in fine, contribute to the promotion of international criminal justice.

One thought on “Ashgate Companion Symposium: Jacobs on “Who is in charges of the charges at the ICC: A Contribution to the Regulation 55 Debate””